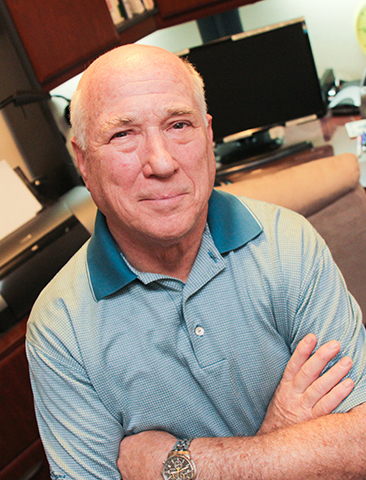 Art Lewis has been talking to audiences for better than 4 decades, doing talk shows as far back as 1965. He is part of the WSGW Morning Team in Saginaw, Michigan, host of his own morning talk show, and co-host, along with Ann Williams, of Listen to the Mrs. His early days of radio were spent spinning top 40 hits of the day. Among Art’s many awards are the “Spirit of Saginaw” award and the R.H. Albert award for Community Service from the Saginaw Chamber of Commerce, the “Liberty Bell Award” from the Saginaw County Bar Association, the Outstanding Media Award from the Crime Prevention Association of Michigan, and the “All Area Arts Award” from the Saginaw Arts and Enrichment Commission. Celebrating 52 years of marriage, Art and his lovely wife, Linda, have 2 grown sons, Blair and Scott.

Ann grew up in Saginaw and is a graduate of the University of Michigan, where she majored in French and took a number of journalism courses.  She began her career in radio in 1982, coming to work at WSGW for the first time in 1983.  She worked as an anchor, reporter, and assistant news director over the next 17 years, winning many industry awards.  Ann left WSGW in 2000, and for the next five years, worked in a local television news department.  She returned to WSGW in November 2005 and is happy to be back behind the microphone and covering local news in the field.  Ann was promoted to News Director March 1, 2011, succeeding Dave Maurer who passed the baton to Ann after he served as News Director for 32 years.

Ann has two children, and in her spare time enjoys reading, writing, cooking, and travel.

U of M Football