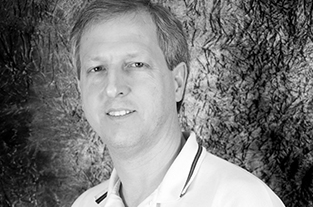 Charlie’s radio career began April 12, 1984.  It started in Lapeer, included work for a brief time in Bay City, there was a stop at a station in his hometown of Mt. Clemens, and then, since 1990, at WSGW. Charlie knew since high school that he wanted to make radio a career.  His parents would tell him he knew much earlier, such as the fourth grade, when his teacher made everyone aware that “Charles talks too much!”
Charlie’s broadcast education and training was at the Specs Howard School of Broadcast Arts in Southfield. He’s worked every on-air shift there is to work in radio.  He’s slept on radio station floors, done the dishes, swept the floors, cleaned the bathrooms, shoveled the snow, and taken out the garbage.  Some of that was just last week!

Currently, Charlie co-hosts the WSGW Morning Team Show with Dave Maurer and Art Lewis.  His goal is to keep you informed and entertained on a daily basis.  But Charlie’s job includes more than what you hear on-air.  As assistant program director, he’s responsible for a number of off-air functions. You might be surprised at how much actually happens off-air so that our on-air product can be broadcast daily.

Charlie’s day starts when he arrives at the station around 2:45am. You can usually find him there until two or three in the afternoon (or longer if necessary). Whatever it takes to get the job done. Long days?  Yes, but he says he wouldn’t do it if he didn’t love it.  Charlie married his lovely wife Mary in 1995.  He still hears about his on-stage proposal at the Temple Theatre during a WSGW-sponsored event.  He and Mary live in Saginaw Township and enjoy walks through their neighborhood, playing co-ed softball, and spending time at home (there is always a project to work on).  They are members of Peace Lutheran Church in Saginaw.

Michael joined the WSGW news team as an intern the summer of 2013. Having graduated from Delta College with an Associates of Arts degree in journalism, he soon became a part time member of the crew, covering stories as needed and working as a Board Op during the overnight show Coast to Coast on Sunday mornings.

In November 2014, Michael became a full time reporter for the station, and took over the reins as the Sunday morning News Anchor during First Day. He has since taken on additional roles, including weekday morning anchor, digital news editor and producer of The Art Lewis Show.

Michael lives in Bay City with his wife and daughter,  two cats and a dog who are all spoiled rotten. He enjoys a wide variety of activities including, but not limited to, camping, hiking, playing music, reading and traveling to places he’s never been before.