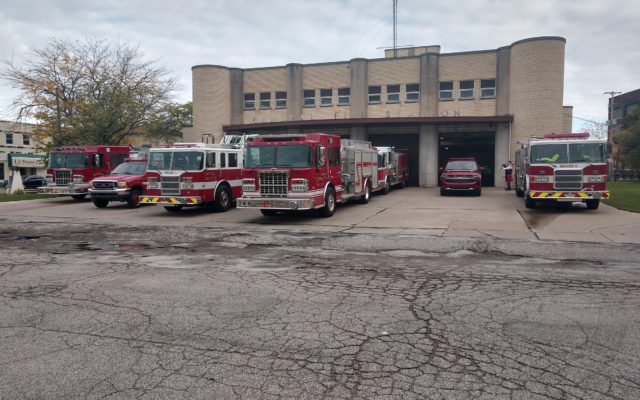 The Saginaw Fire Department recognized the brave men and women who put on the uniform in a special ceremony Tuesday, October 5.

Suchodolski says his new role can be a bit overwhelming, but he has plenty of support.

“I spent a lot of time on an engine company. So now I’m in an office aspect of it. But I am partnering with people in the community, such as the ATF and the State Police for fire investigations.”

Congressman Dan Kildee as in attendance, along with local elected officials and city administrators. Kildee, whose grandfather was a fire chief, calls it an honor to be invited.

“It’s a chance to recognize, really, the best of public service, people who serve in fire departments, other first responders. They put their lives at risk in order to protect us… it’s a real honor.”

Kildee presented Suchodolski a flag flown over the U.S. Capitol to commemorate his achievements.

Here is a list of recipients of awards presented: