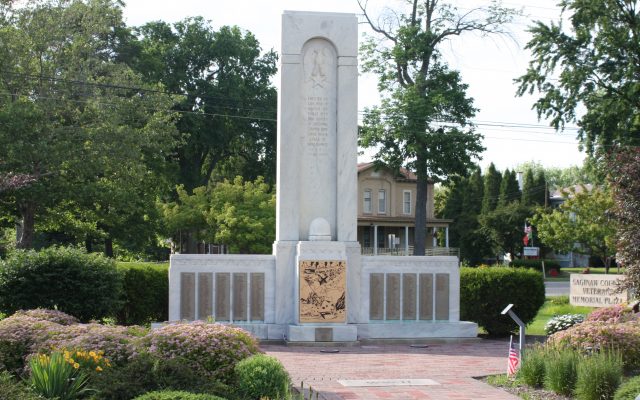 The Saginaw County Veterans Memorial Plaza Board of Directors has announced plans to build the sixth and final pod honoring veterans at Veterans Plaza. Located at Hoyt Park, the plaza houses the monuments from World War I, World War II, Korean War, Vietnam War, and the neutral Flag Pod. A design for the sixth pod, dedicated to Middle East and future conflicts, was created by Wm. A. Kibbe & Associates, and Spence Brothers is overseeing the project.

The new memorial will also honor those who have suffered the physical and hidden wounds of war, as well as the sacrifice made by veterans’ families. Fundraising for the new pod is underway. The total cost is estimated at $125,000.