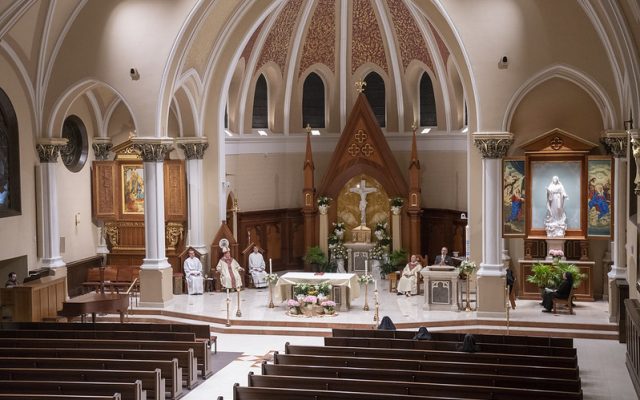 Easter Vigil 2020 at The Cathedral of Mary the Assumption, Saginaw (source: Catholic Diocese of Saginaw)

The former pastor of St. John the XXIII Parish in Hemlock has been removed from a diocesan list of clergy on administrative leave due to the allegation of child sexual abuse. The Catholic Diocese of Saginaw said the allegation of sexual abuse involving a minor against Rev. Dennis Kucharczyk first came to light in March 2019. He was placed on administrative leave pending further investigation at that time.

The Michigan Office of Attorney General later chose not to file criminal charges, and the Diocese continued its internal investigation in February 2020. A retired police officer was appointed an independent investigator and presented a report to Bishop Robert Gruss and the Independent Diocesan Review Board. The Diocese said the report included evidence of boundary violations involving Father Kucharczyk, but after consulting the Holy See and following the canonical process, it was determined that there was insufficient evidence to proceed further.

The Diocese said Father Kucharczyk retains the presumption of innocence under both canon and civil law and has denied the allegation. The statement said  he will now take time to to determine his next steps and thanks those who have prayed and supported him.