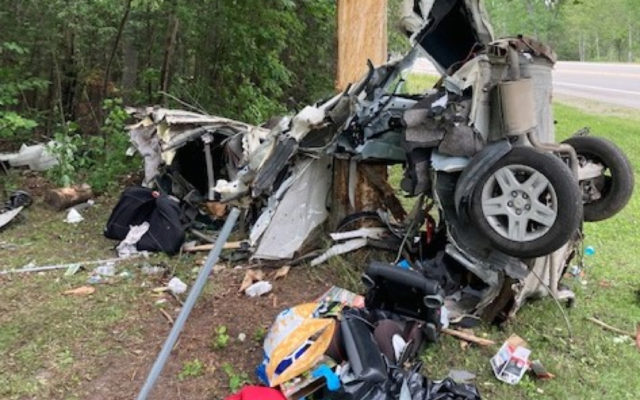 A 30-year-old man from Turner, Michigan is in critical condition after a Sunday morning crash in Iosco County. Michigan State Police at the West Branch post said the driver lost control of his car on M-65 near Dyer Road in Burleigh Township just before 11:00 a.m., causing it to cross the center line and go off the road, where it hit a tree. Investigators said the force of impact cut the vehicle in two.

The driver was taken to a downstate hospital for treatment. State Police said excessive speed was a factor in the crash, but they are still investigating whether alcohol or drugs played a part.