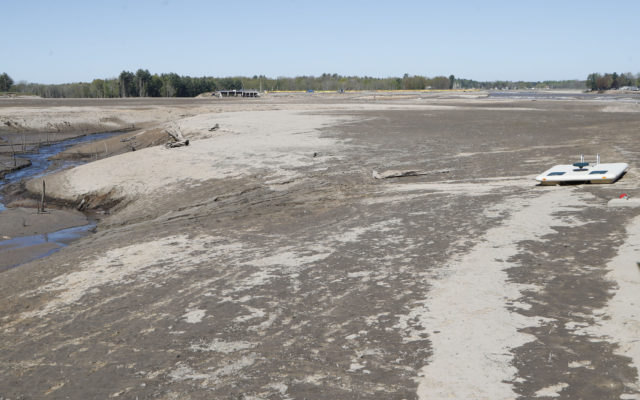 Four Midland County homeowners have filed a class action lawsuit against the State of Michigan Department of Environment, Great Lakes and Energy (EGLE) seeking damages and other relief for its mismanagement of the Edenville Dam, resulting in a major flood which caused extensive damage to their homes, boats, outbuildings, docks, canopies and other property.

The 28-page complaint was filed in the Michigan Court of Claims by long-time Edenville, Mich. residents David and Andrew Krieger and James and Margaret Sperling. The Kriegers and Sperlings own adjacent properties and homes on the banks of the Tittabawassee River less than a mile south of the Edenville Dam.

According to the complaint, the 96-year-old earthen embankment failed after several days of heavy rain on May 19, 2020. The breach released most of the water from the 1,980-acre Wixom Lake into the swollen Tittabawassee River which overflowed its banks to a record height. Property, homes and businesses were flooded as the water rushed south, leaving parts of downtown Midland under several feet of water and flowing over the Sanford Dam further downriver.

Shortly after the Edenville Dam was breached, as the complaint details, properties and homes belonging to the Kriegers and Sperlings were rapidly and extensively flooded as the water rose some 50 feet above the usual level of the river. Their homes were flooded, boats and docks were lost, and massive destruction and property loss occurred.

The complaint goes on to state that the failure of the Edenville Dam and subsequent flooding of a large area in Midland County was caused, in part, by a failure of the EGLE to order the necessary repairs to the dam.

“By not heeding the specific warnings of federal regulators that Edenville Dam was structurally unsound and at risk of failing, then knowingly allowing the dam to further deteriorate until it failed catastrophically on May 20, EGLE has deprived the owners of the use of their property without just compensation. That neglect and resulting disaster is a clear violation of the Michigan Constitution,” said plaintiffs attorney Michael Pitt, of Royal Oak law firm Pitt McGehee Palmer Bonanni and Rivers.

Pitt says that even though EGLE does not own the Edenville Dam (Boyce Hydro Power is the owner), it is legally responsible for ensuring the safety and structural integrity of all public use dams in Michigan.

“Michigan law provides a unique avenue for residents to sue the state in its Court of Claims for damages or destruction to their property. This option is not available for lawsuits filed in the federal court. This case is the only one currently pursuing this unique form of legal redress and remedy on behalf of all residents injured by the Edenville Dam disaster,” said Pitt.

Pitt is also one of the lead attorneys representing thousands of Flint residents in their class action against the State of Michigan for its neglect in allowing lead contamination of the city’s public water system.

Jim Sperling is one of the plaintiffs in the suit and a Trustee member of the Edenville Township Board. Sperling said a local delegated authority, the Four Lakes Task Force, had been established in 2019 by Midland and Gladwin County residents to administer and oversee the maintenance and operations of four dams and lakes in the area, including the Edenville Dam.

“Our community had been aware and concerned about the poor condition of the Edenville Dam for many years. The potential danger it posed to a huge amount of land and property downriver was understood and a corrective plan was in place,” said Sperling.

“Local property owners set up the Four Lakes Task Force, which developed a detailed plan to repair four dams along the river, including the Edenville Dam, less than a mile from our house. Unfortunately, a 500-year flood has changed the plan,” said Sperling.

The relief requested by the plaintiffs includes: an order declaring the conduct of EGLE unconstitutional; and injunctive order to remediate harm caused by the defendant; compensatory damages; punitive damages and attorney fees and expenses.