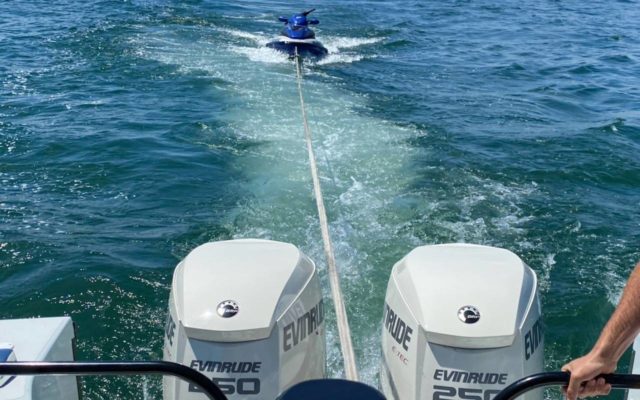 A 23-year-old man was rescued from the Saginaw Bay Monday, July 13 after his personal water craft quit.

Huron County sheriff’s deputies responded to a location about 2.5 miles from the shore near Caseville around 2:00 p.m. after the man called 9-1-1 from a cell phone. The Sea-Doo craft began taking on water when it shut down. The man was in the water when deputies arrived. They towed the man and the craft back to shore.

The man told police he did not require medical attention. Police credit the man’s foresight in having a cell phone in a water tight case, resulting in his quick recovery.