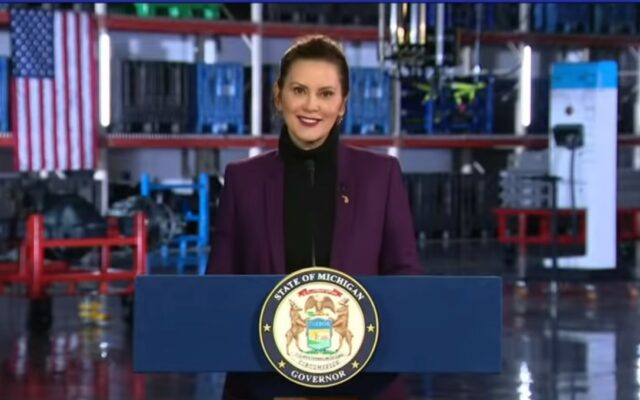 Whitmer says repealing the retirement tax would save 500,000 Michigan households around $1,000 a year.

State Representative Annette Glenn (R-Midland) agreed with the governor on repealing the retirement tax, saying “seniors who worked hard and paid income taxes for decades need and deserve some relief in their retirement years.”

“I will work with her to get money saving changes for all retirees and enacted into state law. Especially now, with all the financial challenges posed by the COVID pandemic and rising inflation. People need relief.”

Glenn also agrees with the governor on lowering insulin prices. She co-sponsors legislation to lower costs for many diabetics in need of insulin. Under terms of the legislation, approved by the House with overwhelming bipartisan support in March, insurance companies could charge no more than $50  for each 30-day supply.

““Too many Michigan residents lay awake at night praying they will be able to afford to pay for their life-saving medicine and still put food on the table. Lowering the cost of prescription drugs has long been a priority of mine because it will relieve that pressure and help make life more affordable for every single Michigan family.”

Wakeman voted for legislation last year to make health care more accessible and affordable here in Michigan, including a cap on the cost of insulin.

While some Republican lawmakers were glad to hear these plans, there was still plenty of criticism. State Rep. Timmy Beson (R-Bay City) says the governor claimed credit for small business relief but wondered where that help was last year.

“These businesses that are going to get help in the next 45-90 days could have received this help last year when the struggle was real, even more so than now. Because some of them are now closed and they don’t have the opportunity to get this funding. This should have been done last March.”

Beson says while the Governor claimed credit for afflicted business relief in her address, she also vetoed similar relief in legislation he sponsored a year ago.