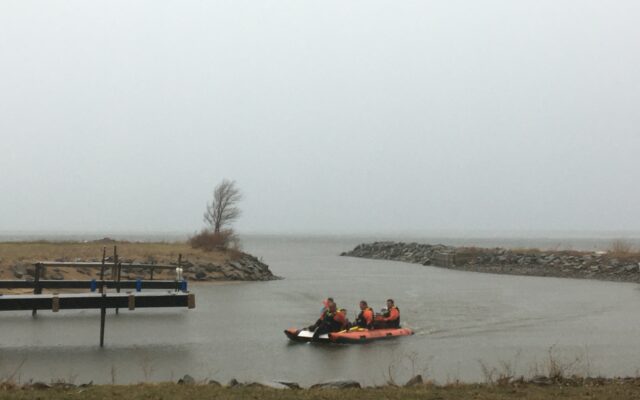 Three kayakers were rescued near Port Austin on Lake Huron Sunday afternoon, with high winds and a storm approaching.

The kayaks were left adrift as all three kayakers were taken aboard the rescue boat and back to Port Austin. The three men were examined by a Central Huron Ambulance North crew and refused further treatment. They were identified as Nathan R. Miller, age 26 of Deford, Troy L. Martin, age 20 of Decker and Arnold L. Shirk, age 27 of Cass City.

“With yesterday’s event having an eventual good outcome, I cannot emphasize enough how Lake Huron can’t be taken for granted, especially so early season with cold water and limited options for rescue,” said Sheriff Hanson.  “All 3 could have easily been blown past the Port Austin Reef with the strong southwest breeze and all would have ended up in the water. Fortunately they did have life jackets and a cell phone but exposure to the cold water could have taken their lives in a short time, regardless if the air temperature was 80,” added Hanson. “Paddle sports are strongly discouraged this time of year and when water conditions aren’t favorable any other time. Certainly there are times that our Lake will safely allow it, but enthusiasts need to realize what they’re up against if they’re not properly equipped, or don’t have proper experience, or haven’t paid attention to weather forecasts,” he said.