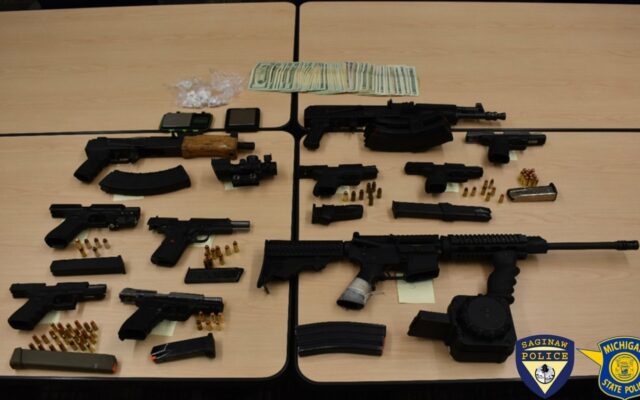 A 19-year-old man was treated for non life-threatening injuries and about ten guns were seized after a shooting in Saginaw on Wednesday night.

Michigan State Police Troopers and Saginaw Police officers responded to the area of 2700 Capehart Drive about 7:50 p.m., for reports of shots fired. Multiple callers to 911 reported hearing over 40 gunshots. Police said there were numerous bullet holes in the house, where several males between the ages of 16 and 20 were inside, including the wounded 19-year-old.

In announcing the seizure, Michigan State Police said “The partnership between Saginaw Police Department and the Michigan State Police continues to make an impact on violent crime in the City of Saginaw. This incident is an excellent example of the cooperation between agencies responsible for protecting Saginaw’s residents. “