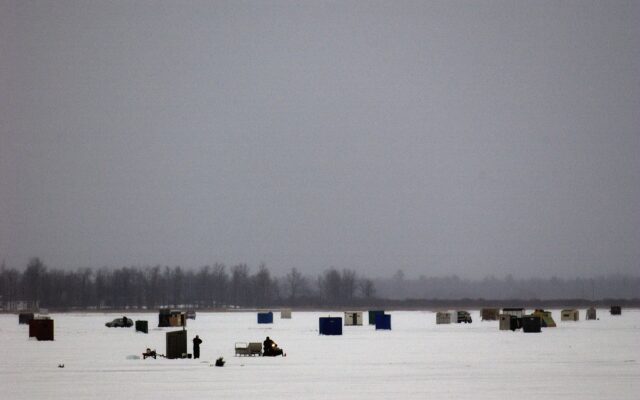 The Michigan Department of Natural Resources reminds anglers that ice shanty removal dates are quickly approaching,  starting with Lake St. Clair this Sunday. They also urge everyone to use extreme caution when on the ice.

DNR officials say regardless of the scheduled removal dates, changing ice conditions could require fishing shanties to be removed  before those dates. Shanty owners whose structures fall through the ice are subject to penalties of up to 30 days in jail, fines up to $500, or both. If a shanty is removed by a government agency, the court can require the owner to reimburse that agency for up to three times the cost of removal.

Ice shanties in the remaining counties of the Lower Peninsula must be removed by midnight Tuesday, March 1.

Daily use of ice shanties is permitted anywhere in Michigan if ice conditions permit and if the shanties are removed from the ice at the end of each day.

People venturing onto the ice should use extreme caution as temperatures begin to rise or fluctuate. The repeated thawing and refreezing of ice weakens its strength, decreasing its ability to support the additional weight of people, snowmobiles, ORVs and shanties. Deteriorating ice, water currents and high winds increase the probability of pressure cracks, which can leave anglers and others stranded on ice floes or at risk of falling through the ice. Learn more at Michigan.gov/IceSafety.