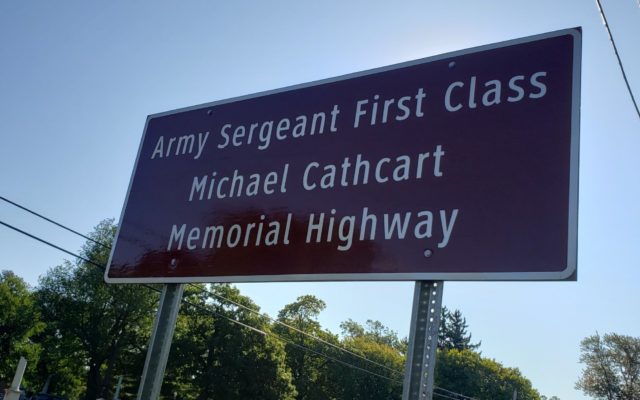 A year after it was signed into law, a portion of M-15 in Bay County has been renamed.

A dedication ceremony took place Sunday, September 20 along the stretch of the highway between Ridge Rd. in Bay City and Cass Rd. in Portsmouth Township. The section of highway was renamed the Army Sergeant First Class Michael Cathcart Memorial Highway after the Bay City soldier killed in Afghanistan in 2014. Cathcart was the recipient of two Purple Heart Medals, four Army Commendation Medals and several Bronze Stars during his military service. He is buried at Green Ridge Cemetery in Bay City.

The legislation was sponsored by state Senator Kevin Daly.