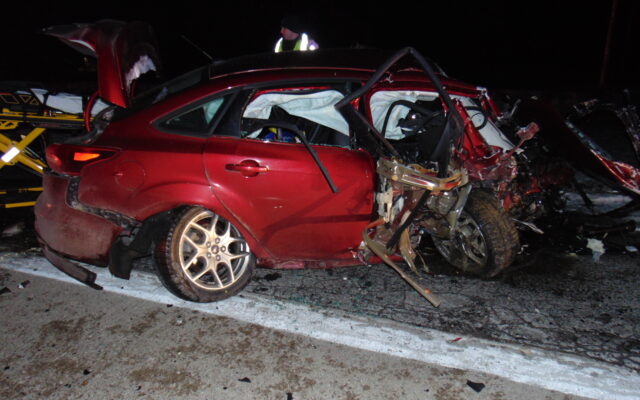 Saginaw Township Police are investigating a three-vehicle crash that killed one person. It happened just after 9:00 Monday night on Midland Rd. near McCarty Rd.

Saginaw Township Police Chief Donald Pussehl said a 2015 Ford Focus heading north on Midland Rd. crossed the center line and hit a southbound 2004 Mercury Marquis traveling in the fast lane head-on. The impact caused the Marquis to hit a 2016 Buick Regal that was southbound in the outside lane.

Information on the victims’ conditions was not immediately available.