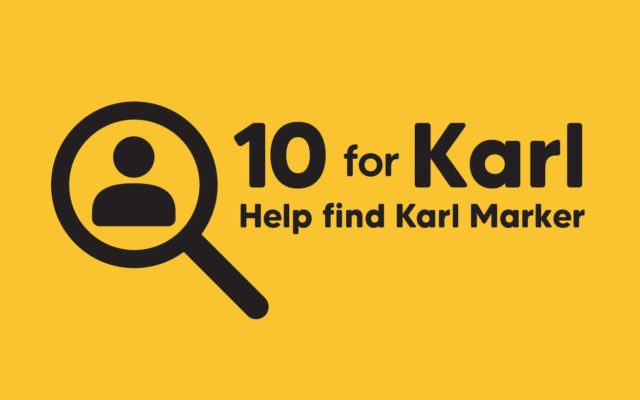 On Friday, Oct. 9,  Karl Marker’s 88th birthday, the family of the missing Saginaw County man launched the “10 for Karl” campaign to
encourage people everywhere to help search for Marker, who has been missing for more than three weeks.

“We hope that people will join in the search by giving ‘10 for Karl’ – taking action in quantities of 10 to help us find him,” said Marker’s granddaughter Kim Flachs. “For example, we’re asking people to drive 10 miles searching for him, check 10 parking lots for him or his van, print and post 10 flyers about the search, share 10 news articles or social media posts about the search, or spend $10 on gas to search. We know that the more people who engage in these seemingly small actions, the better our chances of finding him.”

Marker, who has dementia, was last seen around 8 a.m. Sept. 17, heading to Fashion Square Mall in Saginaw. He was driving a 2011 sand beige metallic GMC Savana van with Michigan license plate number AUY 500.

“We’ve done the math, and we know he easily could have traveled at least 600 miles from home,” Flachs said. “If he received any assistance in terms of gas or money, he truly could be just about anywhere at this point, so we are calling on people all over the country to share
photos of him and his van and be on the lookout for them, no matter how far from mid-Michigan they may be. You just never know.”

Marker has gray hair and blue eyes, is 5’7” tall, and weighs about 185 pounds. He was wearing blue pants and possibly a tan jacket at the time of his disappearance. The flyer the family is asking people to share can be downloaded at bit.ly/findkarlflyer. Social media hashtags related to the search are #KarlMarker, #10forKarl and #findgrandpa. The family has established a “10 for Karl Marker” Facebook page at fb.com/findgrandpa to share information about the search.

A reward of up to $5,000 is being offered by the family for information that brings Marker home to them.