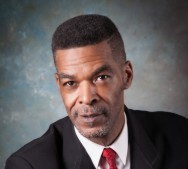 An often controversial figure in Flint is now the Flint City Council President.

The council voted 5-4 Monday, November 15, electing Eric Mays as the new council president. Mays represents the city of Flint’s north side. He’s been a council member since 2013, and has come into conflict with many fellow council members over the years. However, he says he would like to bring a level of professionalism and kindness to City Hall. For the past five years, he has run unopposed as Flint’s First Ward representative. In 2018, he was appointed the Chair of the council’s Finance Committee, though he was removed from that position following public feuds with other council members.