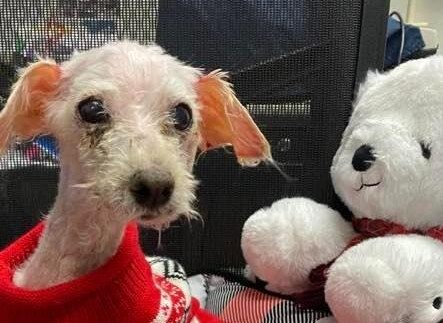 Saginaw County Animal Control is investigating potential animal abuse after a dog was found crying in a ditch near Birch Run.

The dog was found in the area of Maple and Ratbunway roads after a passerby heard the dog whimpering. Investigators believe the female dog was thrown from an I-75 overpass and left to die. Animal control officials say the dog’s fur was so matted it had become entangled in branches and weeds, unable to move. She was groomed for more than four hours to remove her matted fur. She did not have a collar or a microchip.

Anyone with information about the incident is asked to call Saginaw County Central Dispatch and ask to speak with an on call animal control officer.