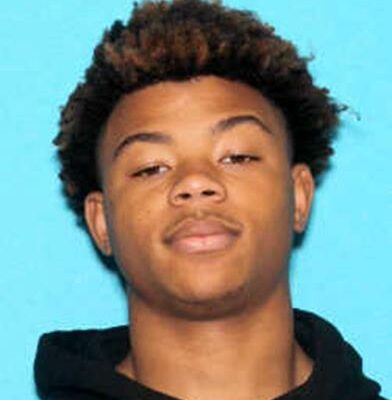 Crime Stoppers is offering a reward of up to $2500 for information leading to the arrest of a suspect in an unsolved homicide that happened on Oct. 10, 2021.

In the early morning hours that day, Saginaw County Sheriff’s deputies responded to the area of Trautner Rd. and Cardinal Square Blvd. in Kochville Township for reports of shots fired in the area. They found evidence of a shooting, but no one in the area. Victims of the shooting showed up at a local hospital a short time later. One was a 21-year-old man who was pronounced dead.

Several suspects were identified and arrested in the case, but 17-year-old Koryion Deshawn Welch has not been found. A warrant for his arrest was issued.

Contact Crime Stoppers if you have any information on Welch’s whereabouts. Anonymous tips can be called in to 1-800-422-JAIL (5245)