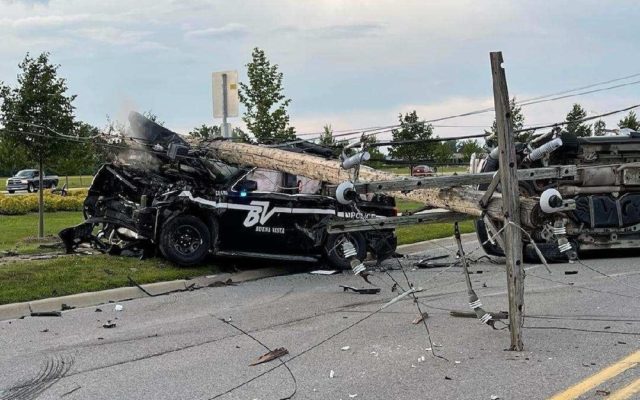 An armed robbery led to a crash into a police SUV on Tuesday, August 3.

State police troopers were pursuing a silver vehicle driven by a 54-year-old Saginaw man, who allegedly committed armed robbery in the 3600 block of Webber  St. just after 8:00 am. The chase began when troopers attempted to conduct a traffic stop, but the suspect fled the scene. The chase led to the Buena Vista Township Hall on S. Outer Dr., where the suspect lost control of his vehicle and crashed into a stationary Buena Vista police SUV. The SUV then hit a utility police, which landed on top of the police vehicle. The suspect vehicle rolled onto its side.