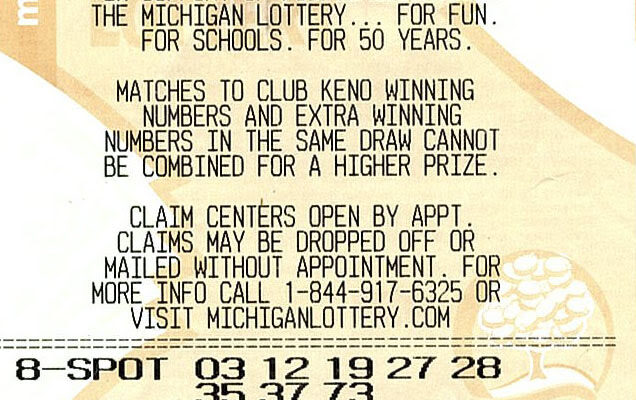 A 44-year-old Bay County man is $400,000 richer after playing the Michigan Lottery’s Club Keno game. The winner, who chose to remain anonymous, bought the winning ticket at JB’s Market in Munger and has been to Lottery headquarters to claim his prize.

“I play these Club Keno numbers often and have won a couple hundred dollars a few times,” said the player. “I scanned my ticket a few hours after I purchased it and got a message to file a claim at a Lottery office. I assumed I’d won a few hundred dollars again but used the ‘Watch My Drawings’ feature on the website to confirm the amount. When I entered my ticket information and a prize of $400,000 came up on my screen, I jumped up in shock. I couldn’t believe what I was seeing!”

He told lottery officials he plans to pay bills first, then save the rest of his winnings.