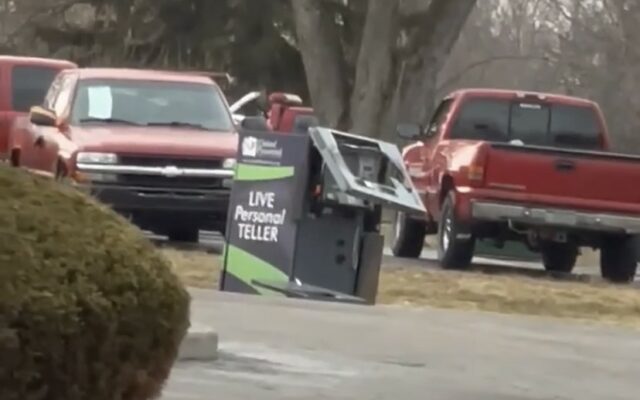 State Police are assisting Bridgeport Township Police with an investigation after an ATM was found pulled from its base and left in the parking lot of the United Financial Credit Union branch at 5658 Dixie Highway.

Officers were dispatched to the lot just before 5:30 Friday morning. They said the suspects had tried to steal the ATM using a vehicle that had been stolen from Oakland County. It was found abandoned on Gretchen near Dixie Highway, not far from the credit union.

Police think the incident might be related to a similar incident at the United Financial Credit Union in Saginaw Township last month, where an ATM was yanked out and dragged into a nearby neighborhood.