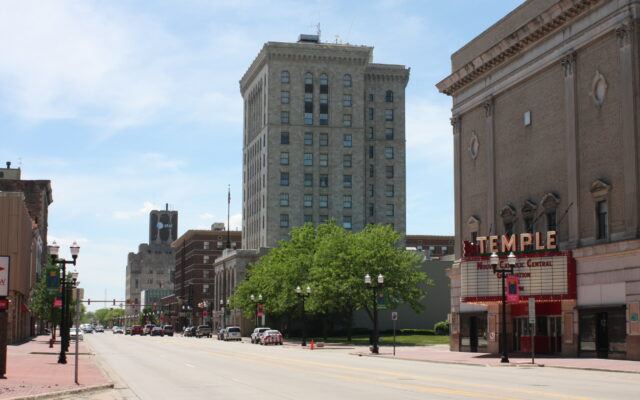 The Huntington Bank building is just south the of Temple Theatre and Morley Plaza, at the corner of N. Washington and E. Genesee. (WSGW file photo)

New apartments could be coming to downtown Saginaw. The Rotary Club of Saginaw announced on its Facebook page that Huntington Bank’s Great Lakes Bay Region President Seth Perigo had briefed them on a potential project in the works. The plan calls for a $45 million renovation of the 12-story building that would create 140 apartments, and keep Huntington Bank’s operations on the first floor.

As the only tenant in the building for a number of years, Perigo told the group deterioration of the rest of the space was an issue. The bank put the building up for sale, and Michigan Community Capital, with help from Saginaw Future, is working on turning it into an apartment building. Michigan Community Capital is a Lansing nonprofit with a mission of safe, affordable and stable housing for working class families in neighborhoods that require increased investment. They’ve made loans and investments in a number of communities around the state, including the Pere Marquette Depot in Bay City.

The Huntington building apartments would include studios, plus 1, 2 and 3 bedroom units. The building was built in 1924 as Second National Bank. The project is in the early stages of planning.