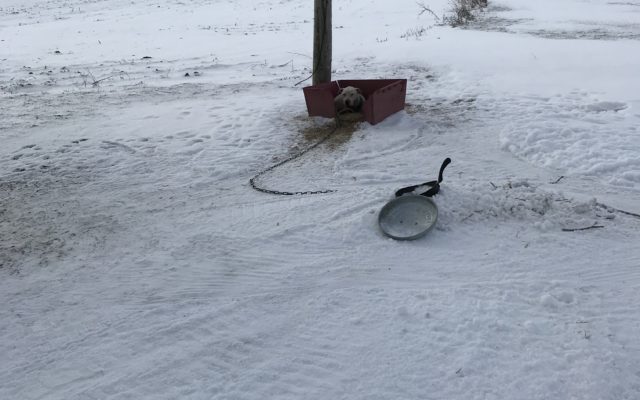 The Huron County Sheriff’s Department is investigating two separate incidents of animal cruelty. The first was on Sunday afternoon, when several people reported witnessing a man beating a hunting dog with what they described as a piece of garden hose. They said the man also threw the dog against the side of a pickup box. A deputy found the suspect and the dog, which didn’t appear to need medical attention. Information will be shared with the Huron County Prosecutor’s office for possible charges.

The second incident happened just after 8 Monday morning, when an anonymous tip reported four dogs without proper food, housing or care. The dogs were found separately chained in zero-degree weather, with little shelter and no food or water. A veterinarian found three of the four dogs were malnourished, with one in very bad condition. Another was pregnant, and gave birth to five puppies since being rescued. Huron County Sheriff Kelly Hanson said it’s believed the puppies would not have survived in the cold. The dogs’ owners were not on the property, but one has since been found. The dogs were taken to the Thumb Animal Shelter, and Huron County authorities say criminal charges are likely.

A video of another one of the dogs can be seen at this link: