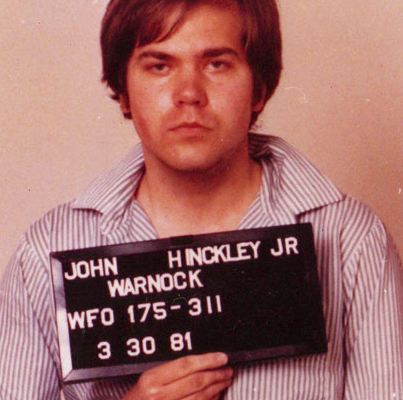 A judge has ruled John Hinckley Jr., the man who attempted to assassinate President Reagan and wounded three others, originally found not guilty by reason of insanity, will be released unconditionally with no restrictions in June 2022, provided he continues to show mental stability.

At this time, he is living under medical care overseen by doctors and therapists, his computer passwords are tracked, he can’t have a gun, he is not allowed to contact any family members of any of the victimes from the 1981 shootings.

POLL QUESTION: Do you think John Hinckley Jr., the man who attempted to assassinate President Reagan and shot three others, should be unconditionally released from prison providing he displays mental stability?
Yes –  0%
No –  94%
I’m Not Sure –  6%