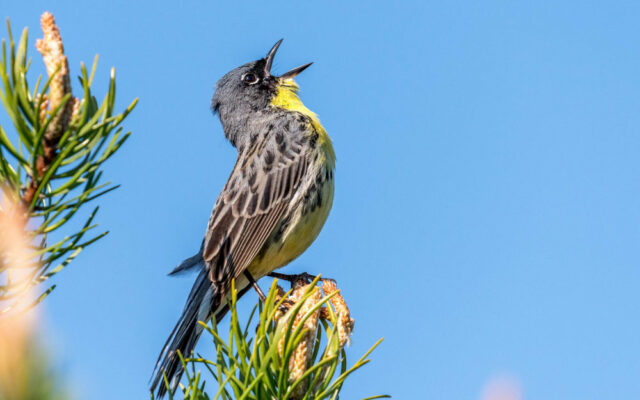 There have been ruminations in the past about changing Michigan’s state bird from the robin to Kirtland’s warbler.

The robin as been the state bird since 1931, recognized as the “best known” and “best loved” bird in the state.

Kirtland’s warblers were among the first animals identified as a risk for extinction, but Michigan’s Jack Pine forests led the way for a successful convservation effort.

At this time, almost the entire global population of Kirtland’s warblers spends its breeding seasons in Michigan. Some suggest the name of the bird should be the Jack Pine warbler, since its habitat is the Jack Pine forests in Michigan.

POLL QUESTION: What should be the state bird of Michigan?
It should stay the robin – 65%
It should change to Kirtland’s warbler – 14%
Whatever – 21%