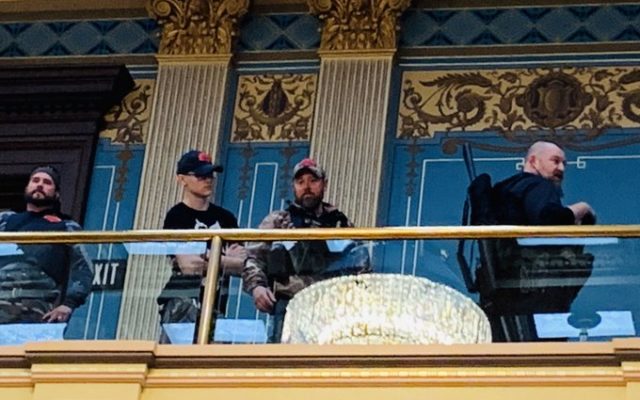 A recent protest in Lansing against Governor Whitmer and some of her coronavirus policies involved a group of the participants carrying guns outside and inside the Michigan Capitol Building.

While the governor supports the right to protests, she and others are concerned about guns inside the building.

The Michigan Capitol Commission, which oversees the state Capitol and its grounds, has declined to set any rules to prohibit firearms from inside the building. The commission has set up a five-person committee to determine whether it can legally take such action, even though Michigan Attorney General Dana Nessel says the commission has the power to do so.

Supporters of allowing guns in the Capitol say carrying weapons in the building is a constitutional right.