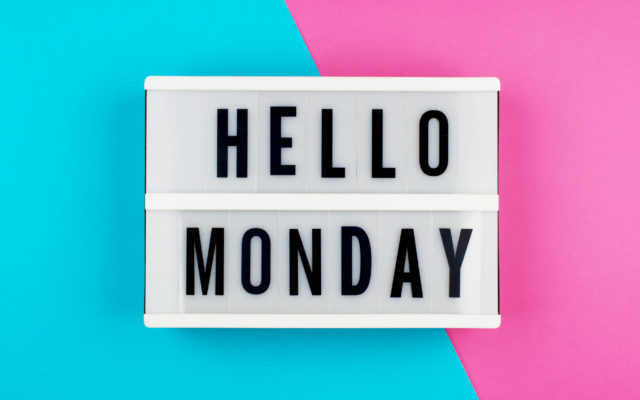 Hello Monday - text on a display lightbox on blue and pink bright background.

Charlie and Dave and Pat and YOU:     We present the weekly edition of “Follow the Lions All Season Long to the Super Bowl”!   This is something Your Morning Team has been doing for many, many years, believing that one year, we will follow the Lions, from start to finish, and have our final weekly edition a Super Bowl celebration  (runs 10:32)…..

Charlie and Dave and Pat and YOU:     The Super Bowl Halftime Performer has been announced  (runs 3:11)…..

Charlie and Dave and Pat and YOU:     Your Morning Team confirms, thanks to several listeners, gas is over $4.00 in parts of the Great Lakes Bay Region, in same cases, well over  (runs 3:43)…..

Former Lions Quarterback Dan Orlovsky, pictured below in an infamous moment of his career, is celebrating a moment from a football game yesterday that equaled this moment from 2008 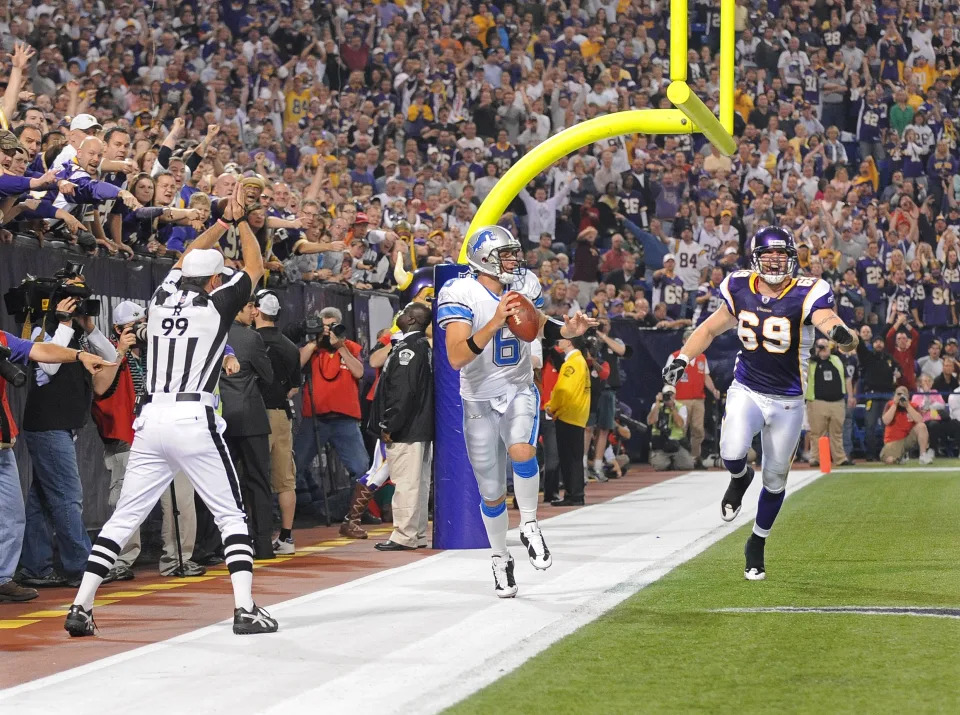 UPDATE ON A STORY WE HAD FOR YOU A FEW WEEKS AGO…..

MADDOCK, N.D. (AP) — A woman who brought a wild raccoon into a North Dakota bar, which prompted state health officials to issue a warning about potential rabies exposure, is facing criminal charges.

Erin Christensen, 38, of Maddock, is charged with misdemeanor counts of providing false information to law enforcement, tampering with physical evidence and unlawful possession of furbearers.

Christensen was arrested last week after authorities found her and the raccoon by serving several search warrants in and around Maddock.

Christensen said her family found the raccoon on the side of a road about three months ago and named it Rocky. She said they were nursing the animal back to health with plans to release it back into the wild.

It’s illegal under North Dakota Board of Animal Health laws to keep a wild raccoon. Authorities euthanized the animal, and it tested negative for rabies.

Christensen took Rocky to Maddock Bar on Sept. 6 during happy hour and showed the raccoon to customers. Bartender Cindy Smith said the animal never bit anyone at the bar.

Wake Up Song of the Day:     Alan O’Day “Undercover Angel“.   It’s a “One Hit Wonder Monday” song!   For our purposes, defined as a singer or group known for only one song to chart on the U.S. Billboard Top 40.   Or, even if a second song is on the chart, it is overwhelmed and generally forgotten because of the success of the “One Hit Wonder”.   In 1970, this song be Free was #1 in 20 territories.   In America, it hit #4.