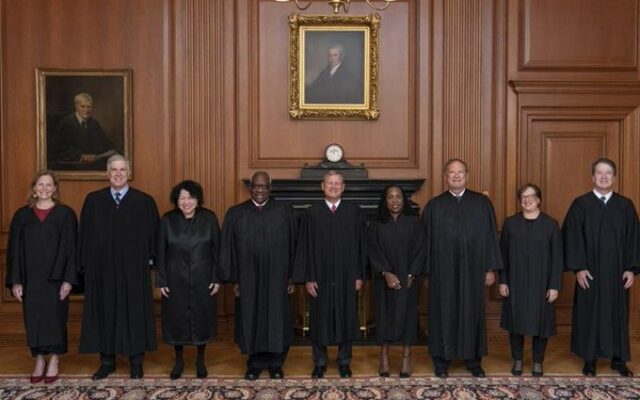 New WSGW OnLine Poll for YOU asking for YOUR opinion on how you trust or distrust the United States Supreme Court…..

Charlie and Dave and Pat and YOU:     Is there an effort to repeal right turn on red light laws and why did those laws start in the first place  (runs 5:30)….. 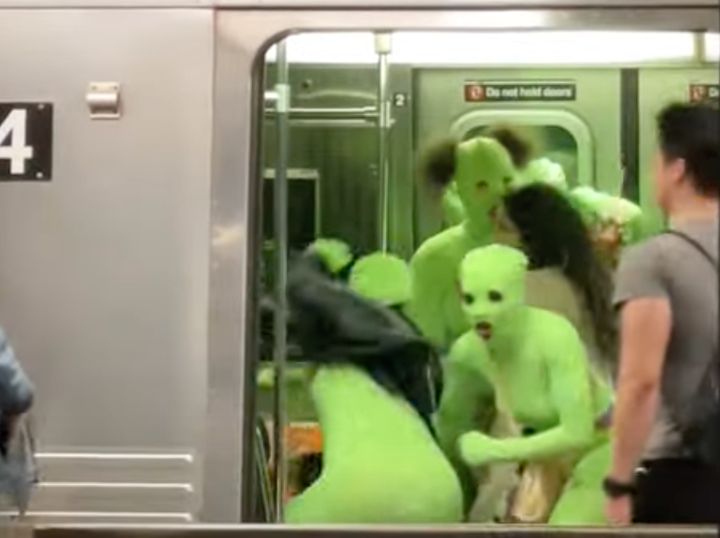 A facility dog is making waves at an Ohio middle school with her second annual yearbook photo.

Meg, a two-and-half-year-old golden retriever, has warmed the hearts of students, staff and parents at Goshen Middle School – a public school in The Buckeye State’s Clermont County.

She had a yearbook-style photo taken with a red bandana bearing her name, which pops next to her golden fur and blue-gray background.

“This is her second school year at Goshen Middle School,” Flynn said. “Meg lives with Mrs. Kelly DeNu, a seventh-grade math teacher, and her family.”

DeNu is a paraprofessional in addition to being one of Meg’s trained handlers, according to Flynn.

“During her time with us, she has provided hundreds of students and staff with love, comfort and affection,” Flynn said.

“We are so fortunate that our district and the Goshen Education Foundation financially supported bringing Meg in as a facility dog,” Flynn said. “She brings happiness and smiles to all of us and we consider her a member of our Goshen Middle School family.”

Meg has become a local celebrity and has her adventures documented on Instagram under the account @MEGstagram_gms.

Meg’s first yearbook-style photo was taken and shared in 2021. In that photo, she donned a navy-blue bandana with a tropical print.

Fans of Meg can also keep up with her on Goshen Local Schools’ Facebook and Twitter pages. 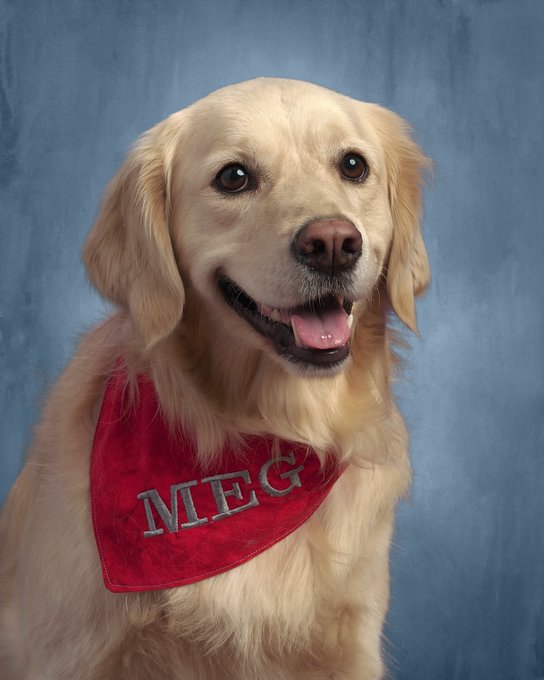 Oct. 3 (UPI) — A New York grower broke a national record when his giant pumpkin was officially weighed way more than a ton.

Scott Andrusz of Williamsville, brought his massive pumpkin to the Great Pumpkin Farm in Clarence, N.Y., where it tipped the scales at 2,554 pounds.

Andrusz’s pumpkin broke the national record for pumpkin weight, which had been 2,528 pounds.

The pumpkin fell short of the Guinness World Record, 2,702 pounds, which was set by Stefano Cutrupi in Italy in 2021.

Andrusz may soon have competition for the title, as Travis Gienger of Anoka, Minn., has a pumpkin grown from a seed from Cutrupi’s record-breaking gourd.

Gienger’s pumpkin is to be weighed October 10 at the Safeway World Championship Pumpkin Weigh-Off in California.

(What is it with coyotes and bathrooms…  do you remember the story we had recently of a coyote in the home of a family in Ohio…  well…..)

Oct. 4 (UPI) — An animal services officer in California responded to a middle school to remove an unusual intruder — a coyote in a bathroom stall.

Riverside County Animal Services posted a video to YouTube showing what happened when Officer Will Luna responded to Mission Middle School in Riverside on a report of a coyote in the bathroom.

The video shows Luna encountering he coyote in a bathroom stall and successfully ensnaring the animal with a lasso.

“We are pleased that this incident was smooth and all the children were OK and we were able to get the coyote back to its more natural habitat,” Animal Services Director Erin Gettis said in a statement.

Listen Weekdays between 7am-5pm.   When you hear the hourly football word, enter it online to qualify for the daily drawing!

New Baking Contest for YOU  (deadline to enter is October 10)…..