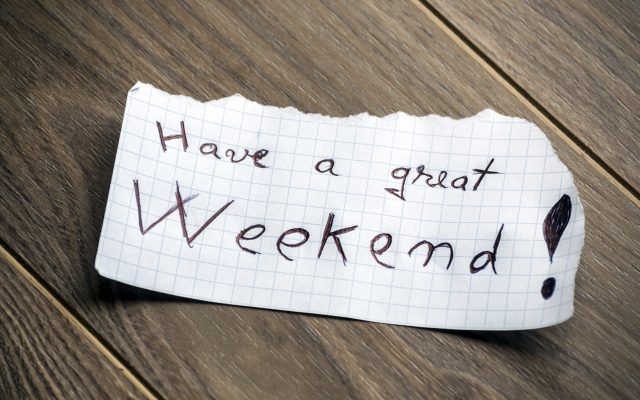 Have a great Weekend

Starting Monday, You Can Register for the Weekly Random Drawing to Win…..

Charlie and Dave and Pat and YOU:     We’ll find out this weekend if we have won a special award for a second straight year (runs 3:38)…..

Charlie and Dave and Pat and YOU:     As I picked on President Trump, I pick on President Biden for pretty much the same thing (runs 4:51)…..

Charlie and Dave and Pat and YOU:     Tom Brady and his funny tweet in response to a tweet about him from “The Stanley Cup” (runs 3:43)…..

Charlie and Dave and Pat and Art and YOU:     Patti LaBelle is ready to return to touring and so she is practicing, but not practicing her music (runs 2:38)…..

You have the Chance to Win the Daily Cash Prize of $1000!

Probably Not the Best Thing to do if you are Trying to Get Away Driving a Stolen Truck…..

A police chase of a woman in a stolen truck ended at a McDonalds’ drive-thru after she tried to order food during the pursuit.

The chase happened around 8:45 a.m. in Worcester, Massachusetts on Tuesday. Officers got a 911 call about a stolen pick-up truck in the eastern part of the city, reported ABC News.

The man that made the 911 call told officers that a woman, whom he said he didn’t know, climbed into his car and drove away.

As officers made their way to the area of the stolen truck, they were flagged down by another driver who said their car had been hit by the truck minutes before, police said.

Johanna Gardell, 38, was identified as the person accused of stealing the truck and officers said they found her in the stolen truck a few blocks away.

“The officer activated his blue lights, got out of his cruiser, and approached the stolen vehicle,” said the Worcester Police Department said in a statement on Tuesday. “The operator … drove away as the officer walked toward her. The officer got back into his cruiser and followed her at a low rate of speed, but she did not stop. Ms. Gardell began to increase her speed on Main St and drove through red lights. The officer deactivated his lights and sirens and stopped following her for safety reasons.”

The woman allegedly crossed into the wrong lane and oncoming traffic, hitting a van, officers said.

“She backed up the vehicle at a high rate of speed and struck a cruiser behind her, and knocked down and dragged one of the detail officers. Officers pursued the stolen vehicle at a low rate of speed before the pursuit was called off for safety reasons,” the department said.

Gardell allegedly pulled into the drive-thru at a nearby McDonald’s to try and order food but officers found her and tried to arrest her.

Officers approached her in two vehicles but she intentionally struck one before veering off the road and getting the stolen pick-up truck stuck in a pile of mulch that was on the McDonald’s property, police said.

Officers were then able to pull Gardell out of the vehicle as she fought and struggled with them during the arrest, according to police.

Gardell is facing a litany of charges including failure to stop for police, leaving the scene of an accident with personal injury, assault and battery by means of a dangerous weapon malicious mischief to motor vehicle, disturbing the peace, disorderly conduct and use of motor vehicle without authority, among several others.

The Worcester Police Department said that Gardell will now be arraigned in court and the investigation into the incident is ongoing.

Wake Up Song of the Day:     Kim Carnes “Bette Davis Eyes“.   It’s the Friday Flashback Song!   We “Flash Back” in 10-20-30-40-50 year increments to find Number One Songs at this time that are still remembered today, along with the artists and groups that perform.   Or, Number One Songs that are long forgotten, along with the artists and groups that perform.   On this date, 40 years ago in 1981, Kim spent 9 weeks total at #1 (five weeks at the top, then dropped to two, then four more weeks at #1)!