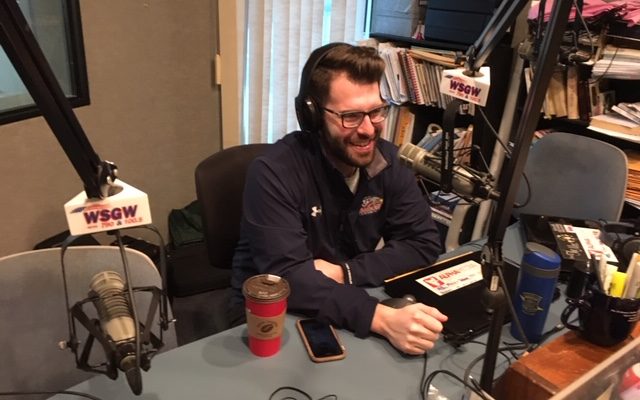 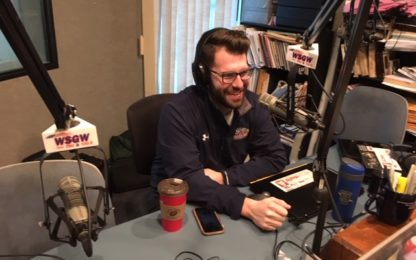 (oops, photo from last season, as we need a fresh pic)

Every Thursday morning during the Ontario Hockey League Season, Charlie talks with the Voice of Saginaw Spirit Hockey, Joey Battaino

Charlie and Dave and Pat and YOU:     Are you starting to “de-Christmas” yet?   And, yes, Michigan was disappointing playing New Year’s Day football (runs 7.59)…..

Charlie and Dave and Pat and Art and YOU:     The Recording Industry Association of America has listed the top ten albums from the past decade.   One artist has the top two, another artist as 3,4, and 6, and a third artist has three as well (runs 5:07)…

Charlie and Dave and Pat and Art and YOU:     A follow up to the “Toast to the Office of the President” heard on WSGW from New Year’s Day at the Saginaw Club with remarks delivered by Heidi Bolger (runs 5:43)…..

Clink this link for video of “Tumblegeddon”

A man of many talents with a very recognizable voice has passed away…..

LOS ANGELES (AP) – The voice of “I’m Just A Bill” and “Conjunction Junction” from “Schoolhouse Rock” has died.   Jazz musician Jack Sheldon died Friday of natural causes at the age of 88, according to his longtime manager and partner, Dianne Jimenez.

Sheldon played trumpet on the song “The Shadow of Your Smile” from the film “The Sandpiper.”   It won the song of the year Grammy and best original song Oscar in 1966.

Sheldon was the wiseguy sidekick on Merv Griffin’s show and appeared as the bandleader in the Bette Midler film “For The
Boys.”

He parodied his performance of “I’m Just A Bill” for a “Simpsons” episode in 1996 as “An Amendment to Be,” and he reprised his “Conjunction Junction” role for “Family Guy.”

Wake Up Song of the Day:     The Pointer Sisters “Neutron Dance“.   This song is to honor songwriter, artist, art director, Allee Willis, who died at age 72 on December 24.   She was a native of Detroit who continually supporter her hometown even after moving away.   She worked with numerous artists such as Earth, Wind, and Fire co-writing hit songs “September” and “Boogie Wonderland”.   She won a Grammy Award for her work on “The Color Purple”.   She was nominated for an Emmy for her work on The Rembrandts song “I’ll Be There for You” which became the theme for the T.V. Show “Friends”.   Allee also won a Grammy for the song “Neutron Dance” by the Pointer Sisters and its inclusion in the movie “Beverly Hills Cop”.