It’s Tax Deadline Day on the WSGW Monday Morning Team Show with Charlie and Dave and Pat and YOU…..

If You Need Help on this Tax Deadline Day, try the IRS Site

This USA Today story suggests a new tax headache my be on the way.   A new W-4 form for withholding is due later this year.

All Games Broadcast on 100.5 NewsRadio WSGW with Countdown to Face Off 15 minutes prior to Game Time

After the 6:30 news, Charlie and Dave and Pat recognized the Spirit, and did make mention of Tigers Woods winning The Masters (runs 8:34)…..

Charlie, Dave, Pat, and Art found a comment made by Charles Barkley about the Pistons was very funny, and our Detroit Tigers got a nice message about winning on Sunday, though it appears it was meant for Tiger, not Tigers (4:32)….. 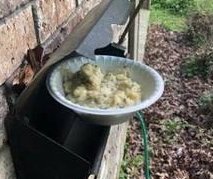 Have you ever heard of anything like this around here?!?!

BERLIN (AP) — German authorities have ordered a blinged-out golden Porsche off the road for being too shiny.

Hamburg’s Morgenpost reported Friday the 31-year-old driver was stopped in the northern city last week and told his Porsche Panamera, sporting a reflective gold foil finish, might blind other drivers and was a danger.   He was told to remove the foil and re-register the car, but police say he continued to drive it.

The driver was stopped again Wednesday and police took his keys, papers and license plate, before the vehicle was towed to a garage.   He was fined an unspecified amount and will have to remove the foil to make the car street legal again.

Morgenpost reports a Lamborghini owner nabbed at the same time with similar gold foil complied and removed it.