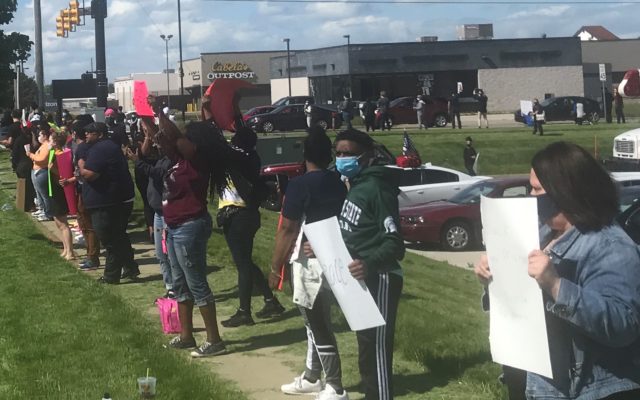 Protesters at the corner of Bay rd and Tittabawassee (Photo- Ric Antonio; WSGW)

Protesters advocating for justice after the killing of George Floyd in Minnesota gathered at the corners of Bay and State in Saginaw and and Tittabawassee and Bay  in Saginaw Township midday Saturday. Joined by former Saginaw City Councilman and current 95th District Representative Candidate, Clint Bryant, the crowds carried signs and chanted “Stand up, Fight Back” and “No Justice, No Peace” as passing cars honked in support.

Bryant said Saginaw does things differently, and that residents can get the point across to get changes in process and policy done without violence and obstructive behavior.

Several supporters provided food and water for those in attendance during the peaceful protest.

While not organized by Bryant, he said another protest is scheduled for Tuesday, June 2, at Hoyt Park in Saginaw from 6 to 8 p.m.