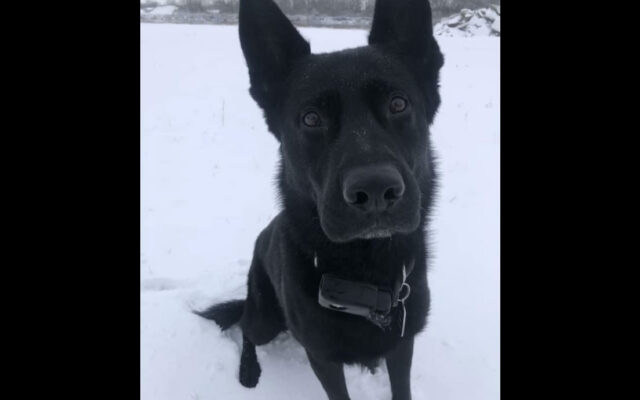 A Saginaw Police K-9 is being praised for aiding in the arrest of a number of suspects following a shooting over the weekend.

Police found a man suffering from a gunshot wound to the leg after being dispatched early Sunday morning to the 1900 block of Hazelwood ave.

On arrival, Officers learned the alleged suspect had fled on foot. K-9 Officer Deebo began tracking in an area where the suspects were last seen running, leading officers to a home with a number of occupants- including one matching the description of the shooting suspect.

A search warrant for the home was executed and allowed Police to locate the involved weapon, as well as other evidence leading to a number of arrests.

Additional details of the case have not been fully released as the incident is still under investigation.