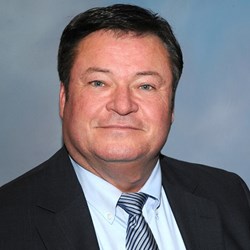 Notice of Theisen’s resignation was sent to the county clerk’s office via email Monday.

While Commissioners at this week’s County board meeting said exact residential information and multi-home usage declarations have not been completely shared, the reasoning behind his resignation is similar to that of former commissioner Kathy Dwan- who resigned after moving out of her district one year ago.

Clerk Vanessa Guerra says that similar to Dwan’s resignation, the board will have 30 days to appoint a new commissioner to the district or hold a special election.

Guerra says that anyone interested in the vacant position would only be in the role until November’s election, and would be representing the soon-to-be former district 5 which consists of Thomas, Richland, Jonesfield, and Lakefield townships.