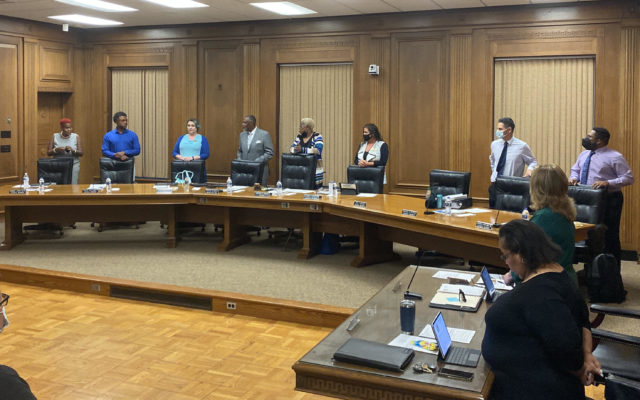 With most audience seating filled, Saginaw’s first in-person city council session since last fall gave a look at what’s been going on around the community.

Several pubic speakers commented on water shutoff assistance and a rise in violent crime; but discussion was also held on growth in the city- including increased youth participation at Gideon Boxing gym and cleanup efforts at Wickes Park by SEEDS eco corps.

Mayor Moore says she’s glad to be back in council chambers because it allows for personal elements online meetings couldn’t offer.

Throughout the month of June, crew members cleared areas along the bank of the Saginaw River by removing debris, vegetation overgrowth including some over 5 feet tall.