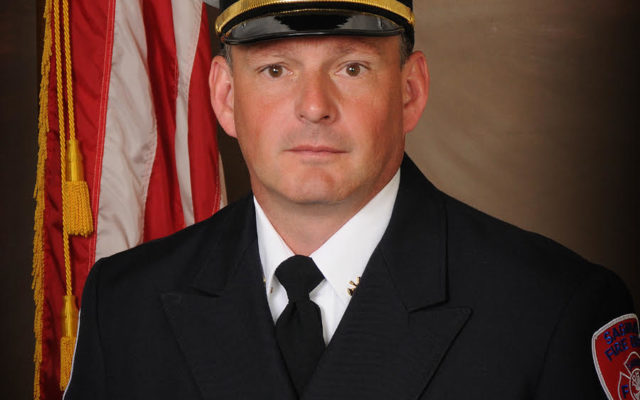 Saginaw has a new fire chief.  Tom Raines has been acting chief since Chris VanLoo retired on May 20. Upon retirement, VanLoo joined the Saginaw township fire department as chief following the retirement of Jim Peterson.

Raines has been with the Saginaw Fire Department for 27 years with promotions to Fire Chauffeur & Engineer in 1997, Lieutenant in 2006, Captain in 2011, and Battalion Chief in 2014.

After serving on the department for nearly three decades, Raines said he’s humbled and honored to step into the role, “My wife and I have raised 4 children here in this community. We love our city and are proud to call Saginaw our home.”

Throughout his Fire Department Career, Raines has received numerous commendations including two Chief’s Special Recognition awards, a Distinguished Service award, four Unit Citations and five Meritorious Service awards. He was selected as the Saginaw Fire Department Fire Fighter of the Year in 2010.

“The city has already greatly benefited from Tom’s commitment to the fire service in Saginaw,” said City Manager Tim Morales. “His enthusiasm for improvements to safety and additional resources has made him an excellent candidate for the position. We know he will
excel, and we look forward to what he will continue to bring to the city.”