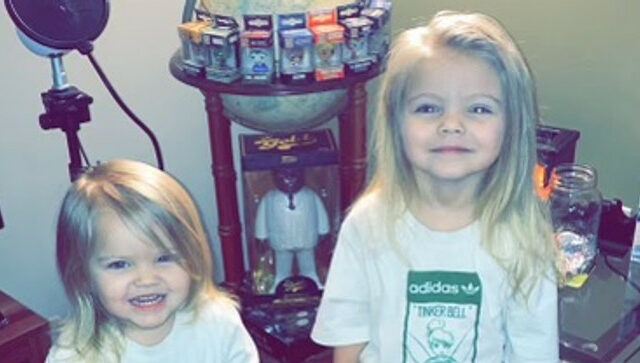 Update @ 15:30- Confirmed: the Burford girls have been found safe by the Ohio State Police. They are working closely with Owosso police to ensure a safe return.

3-year-old Ayverie Burford and her 2-year-old sister, Rosie, have been listed as Missing and Endangered after being taken from their Mother’s home this morning.

Police say around 7:15am James Burford, described as 25-years-old, 5’8″, 130 pounds, with tattoos on both forearms, upper arms, and chest; was caught on a nearby business surveillance camera carrying both children away from their home on the 100 block of N. Washington St. in Owosso.

Both have blonde hair with blue eyes and were both last seen wearing white Adidas branded Tinkerbell T-shirts.

It is believed the three are headed to Tennessee, but a vehicle description has not yet been provided.