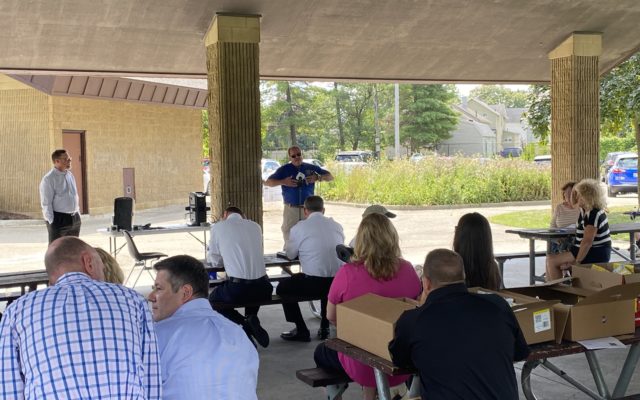 Approximately 50 residents from various neighborhood groups gathered to learn, discuss local neighborhood issues, solve problems, and reconnect with one another.

Many voiced their concern about taking the community back from violence, and Police Chief Bob Ruth says he agrees with them 100%.

Chief Ruth says he understands the strain recent violence has had on the community, and while the department says it’s got the issue under control now he wants to remedy future issues with more neighborhood communication.

He added that sessions returning this year, like the neighborhood association meetings, have given both Saginaw police and residents a platform to speak with each other when they may not have normally.

According to reports to the department, Ruth says while violent crimes like homicide and related shootings are a concern for everyone; many people who have made their voice heard are concerned about issues in their immediate surrounding area, like fighting, shouting, and reckless driving.

Other speakers at the meeting also touched on topics including Saginaw’s “Best Kept Yard” program, updates from the fire department and new chief Tom Raines, an update on the City’s Master Plan, and a presentation from the Saginaw Basin Land Conservancy.