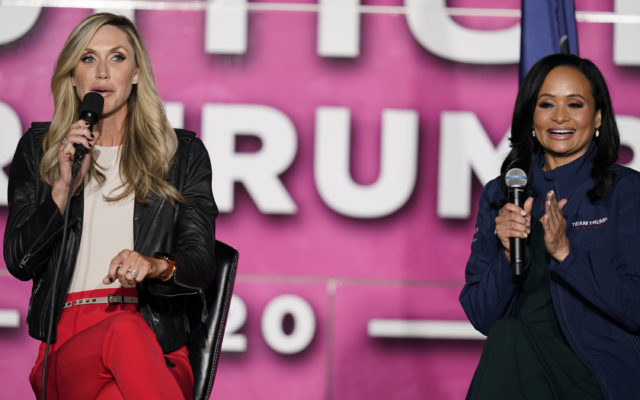 President Donald Trump’s Daughter-in-law made a campaign stop in Freeland, reaching out to Great Lakes Bay Region residents for support.

Campaign advisers Lara Trump, Wife to the President’s son, Eric; and Katrina Pierson both spoke at Apple Mountain Resort talking about the progress made under the Trump administration’s first 4 years.

Topics ranged from the President’s fight against Covid-19 (both personally and nationally), the importance the state of Michigan plays in the upcoming election, the tactics democrats used against the President in the election and over the course of his first term,  gaffes of his political opponent Joe Biden, and the need for support for other republicans on November’s ballot.

Trump and Pierson also had a scheduled stop at Weir Farm in Hanover.