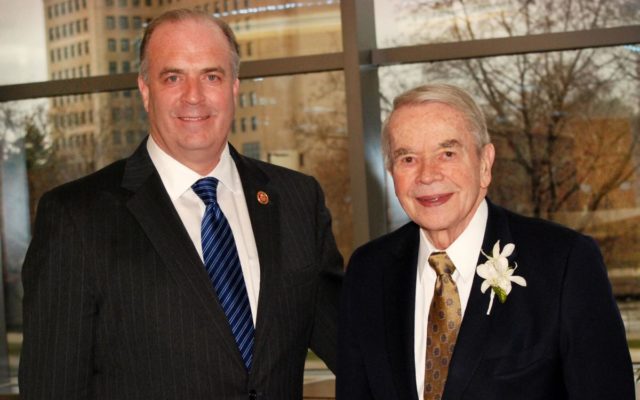 Former US congressman Dale Kildee has passed away at the age of 92.

Kildee served as the Flint area’s representative in Congress for more than 30 years, holding the sixth-highest seniority in the U.S. House of Representatives when he announced he would not seek re-election in 2011.

He won his first election to the Michigan state house in 1964, before winning a seat in Congress in 1976. From there, he won 17 straight re-elections before retiring.

Of his achievements, he said some of his proudest were securing more than $100 million in funding for Bishop International Airport as well as funds for Kettering University and Mott Community College among others.

Announcement of his passing was shared in a statement earlier today by Nephew and current Congressman Dan kildee.