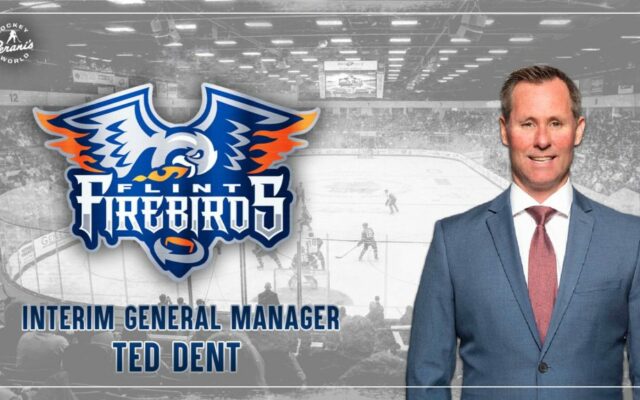 The move comes after last week’s expulsion of former GM and President of Hockey Operations, Terry Christensen, from the Ontario hockey league for conduct deemed prejudicial to the welfare of the League.

Rolf Nilsen, with the OHL board of Governors, says the league is very confident in Dent’s ability to fill the role and looks forward to what is in store for the Flint team down the stretch under his continued leadership.

Dent (who was named Head Coach last June) has the Firebirds off to their best season in franchise history with a record of 34-16-1-3; putting them in first place of both the Western Conference and West Division- and beating the Saginaw Spirit 9 out 14 games so far.

The Firebirds host the Spirit for the final time this season on March 26th.