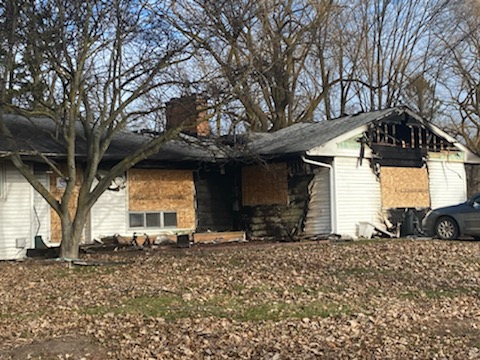 Kochville Township fire crews responded to a house fire near Center and Tittabawassee Roads in Saginaw County Wednesday afternoon.  The fire at 4944 CenterLane Drive was reported to 9-1-1 at 3:30.  Flames were shooting several feet above the roof of the single story home.  At least three other fire departments provided mutual aid including Zilwaukee, Carrollton and Saginaw Townships.  The blaze extensively damaged both the house and attached garage.  The cause of the fire is under investigation.