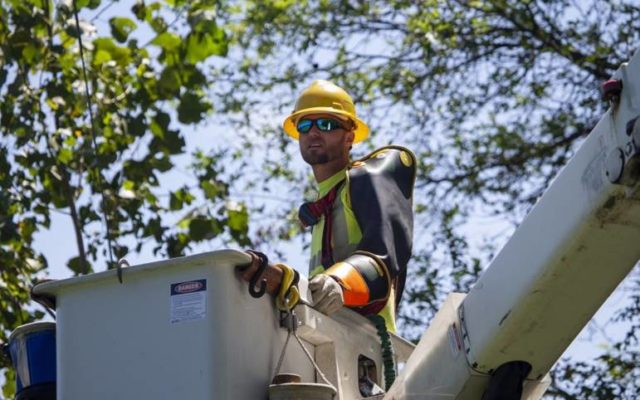 As of Sunday night, Consumers Energy announced more than 98% of all electric customers now have power, after 370,000 lost power from last week’s thunderstorms. As of Mid-morning Monday, Consumers is working on restoring power to the remaining 26-thousand customers in the Jackson, Hillsdale, and Benton Harbor areas.

Guy Packard, Consumers Energy’s vice president for electric operations said “We are very pleased with the progress made given the extent of the damage.” Packard said “With much of the state wrapped up, we’re consolidating crews in the southernmost counties in our final push for this storm.”

Thousands of workers, including contractors from seven states, have worked tirelessly since late Tuesday with a goal to restore power to all 370,000 homes and businesses that lost power.

This storm was one of the 10 most significant in company history with more than 7,000 wires down and over 200 poles damaged across Michigan. In many areas, repairs included upgraded poles, conductors and cross arms made to withstand higher wind speeds and greater tree damage. These upgrades aid the resiliency of the system and are part of ongoing, deliberate infrastructure investments within Consumers Energy’s electric service territory.