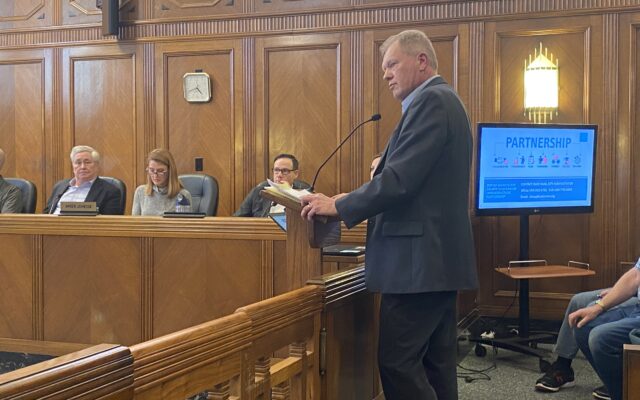 Bay County Commissioners spoke Tuesday with Auburn City Administrator, David Haag, about repairs to the city’s sewer pump system ahead of this spring’s wet weather, and the possibility of using American Rescue Plan Act funds to do so.

Haag presented issues needing repair or updating to commissioners during this week’s Commissioner’s meeting including: sewage leakage into the storm system, unsafe proximity of the pump to a nearby roadway, and a lack of electricity at a backup pump at a detention pond used for overflow when the county system is dealing with excess amounts of storm water.

To the request, Commissioner Kim Coonan from Bay City says while the repairs are important and need to be done- they aren’t exactly pandemic related.

Coonan adds that the County needs to be wise with how it spends the rest of it’s ARPA money after already allocating nearly half of it ($9-12 million of $20 million) to the Bay County Health Department.

Commissioner Vaughn Begick, who in-part represents Auburn, agreed with Haag that the repairs need to be done, and done soon, but sided with commissioner Kim Coonan from Bay City that the work isn’t Pandemic related so it doesn’t necessary need to be funded by American Rescue Plan Act money.

Haag says the total estimate to get repairs done stands around $770,000.

The City of Auburn received around $250,000 in ARPA funds, which (according to data shared by Haag) wouldn’t even cover engineering costs.