Tiger Woods reveals what his Masters win meant as a father 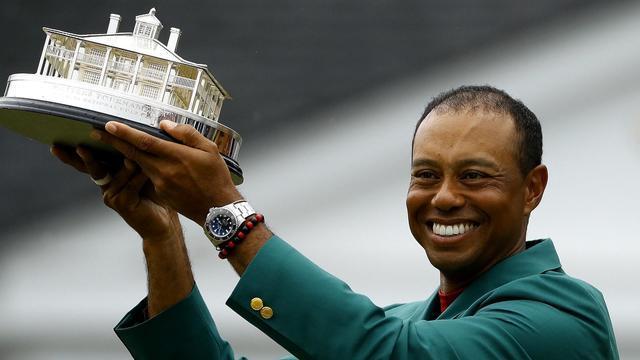 ▶ Watch Video: Tiger Woods reveals what his Masters win meant as a father

Tiger Woods returns to the PGA tour Thursday in New Jersey. As he played a practice round, Woods gave a rare interview to Dana Jacobson for “CBS This Morning.” The golf star opened up about his remarkable comeback and why his children were concerned about his return to the game.

It was a return to glory for Tiger Woods at the Masters in April, and a chance to finally share the moment with his two children, Samantha, now 12, and son Charlie who is 10.

Until his fourth back operation two years ago, Woods could barely walk. Self-inflicted scandals had ended his aura of invincibility on the course, but time away from golf transformed him into a full-time dad.

When Jacobson caught up with him Wednesday, he reflected on what that Masters win meant to Tiger the father.

Woods has played very little since winning the Masters, but there are still mixed emotions for his kids.

“I am just Dad. That’s all they know. They associated golf with pain. And, you know, that was — that’s — you know, still is one of the tougher things that they’re both excited I’m playing again. But also, ‘You okay, Dad?’ You know, that kinda thing. It — ’cause they — they remember those times when Dad couldn’t get off the couch,” Woods said.

Watch more of Jacobson’s interview with Woods on “CBS This Morning,” Thursday, Aug. 8 at 7 a.m. ET.