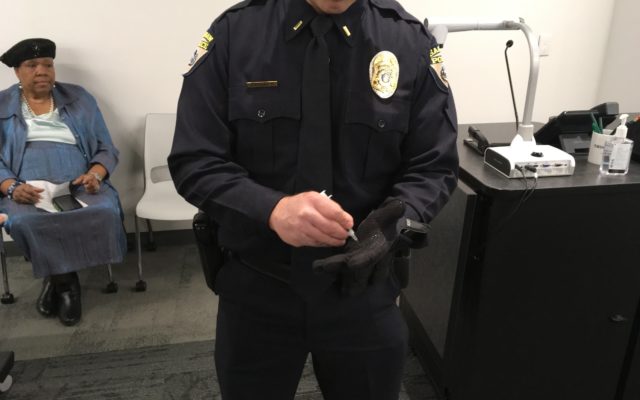 Saginaw Police Lieutenant David Kendziorski says it’s sometimes potentially dangerous to search the pockets of addicts or their vehicles due to contaminated drugs or blood on needles.