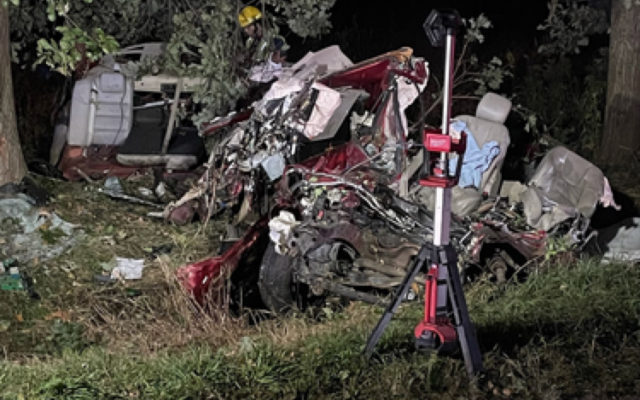 Image of the crash (Provided by MSP- Caro)

Two people are dead after a single vehicle crash in Tuscola County.

Police say a 2009 Ford Fusion, occupied by four people, was heading south on Bray Rd. in Arbela Township around 12:20 a.m. Friday, October 1. The driver, a 21-year-old Mount Morris man, ran off the road and hit a ditch near Birch Run Rd., causing the vehicle to roll and strike a tree. The driver and a 23-year-old Traverse City man died at the scene.

A 22-year-old woman and a 20-year-old man, both from Clio, were taken to a local hospital with life threatening injuries. Their conditions are unknown at this time.

Police say alcohol and speed may be factors in the crash, which remains under investigation.