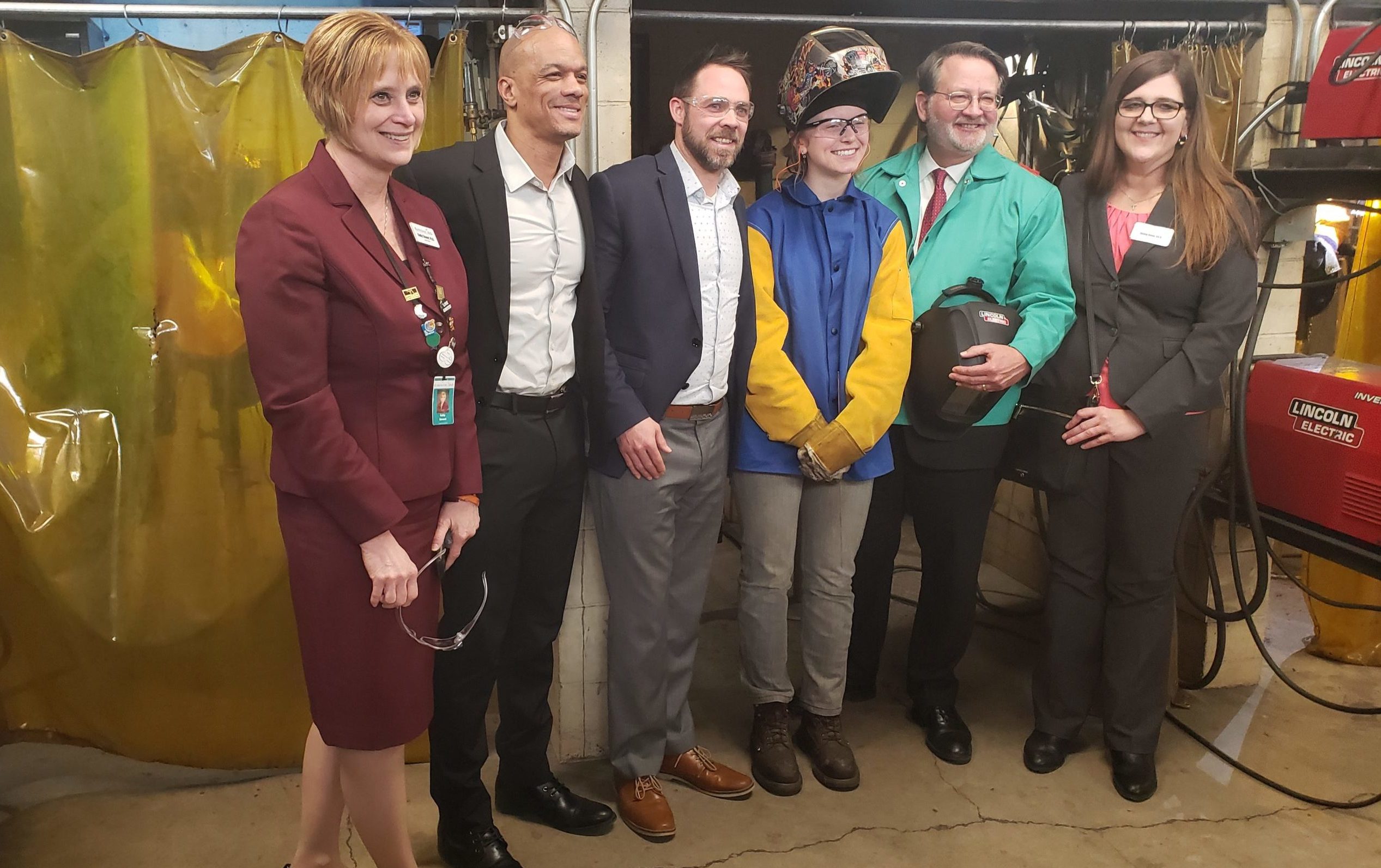 In December, Peters learned that the Senate unanimously passed his Support for Veterans in Effective Apprenticeships Act. The act aims to increase the amount of funds available for veterans seeking apprenticeships upon return to civilian life.

He said the Michigan Department of Labor currently offers around 1,100 apprenticeships, but the VA only has approved around 200 of them. If passed by the House of Representatives, Peters believes the act will facilitate solving this shortage.

Peters said more legislation needs to address the growing skilled trades need in Michigan. He said he believes programs like the Saginaw ISD’s partnership with the UA Local 85 help, but more needs to be done at the state and federal levels.

If re-elected, Peters said he will continue pushing for more governmental support of skilled trades and apprenticeship programs.

After addressing the UA Local 85 workers, Peters toured the facility and took part in a welding demonstration led by Saginaw ISD students and other UA Local 85 apprentices.