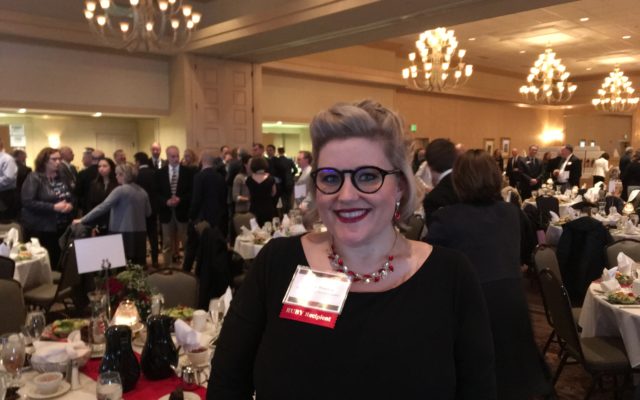 One of the Ruby Award winners Alayna Wesener. Photo by WSGW's John Hall for Alpha Media.

The Ruby Awards sponsored by First State Bank marked a 15 year milestone recognizing the upward, bright and young from the Great Lakes Bay Region during a dinner and ceremony at Freeland’s Apple Mountain Tuesday.

Honorees include people in areas ranging from medicine and business to the arts.

Alayna Wesener’s “day job” is Marketing and Communications Specialist at McLaren Region. But she also owns Sushi Remix locations in Uptown Bay City and downtown Saginaw while operating a freelance design agency painting murals for businesses and doing logo work. On top of all that, she’s the mother of a six month old.

Wesener’s advice is don’t be afraid to start something new because even failure can allow you to grow and become a new version of yourself.