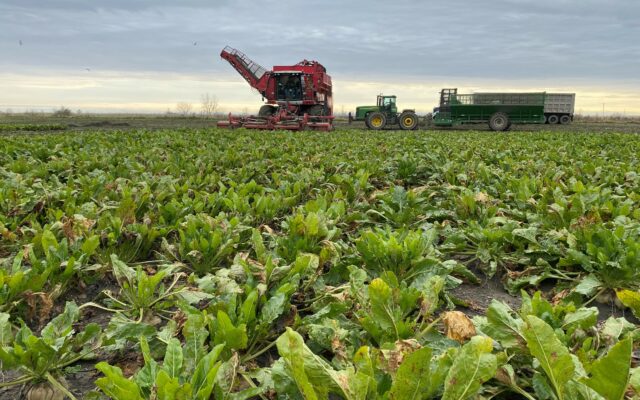 In fact, the number is expected to be so high, company officials announced on November 1 that Michigan Sugar’s nearly 900 grower-owners are required to leave 5% of their sugar beets unharvested this year, which is about 8,000 acres of nearly 163,000 acres planted this season.

The previous harvest record was 31.64 tons of beets per acre. This year’s crop is about 1.2 million more tons than expected, currently standing at 4.7 million tons harvested so far. That’s roughly 85% of all beets harvested this season, which would put the harvest at an estimated 36 tons per acre.

This poses a challenge to the company, as sugar beet slicing continues well into mid April. With so many more beets this year, slicing could potentially head into May, posing problems with managing sugar beet piles. Michigan Sugar announced an additional voluntary buy-back program through which grower-owners have earmarked an additional 5,000 acres to be left in the field this year. Grower-owners who signed up for this program will be paid for these acres based on averages paid for their already delivered crop.

Already this year, the company has produced 440 million pounds of sugar from 1.6 million tons of beets sliced. The company is asking grower owners to only harvest about 150,000 acres, resulting in about 500,000 tons of beets going unharvested. Those numbers this will be taken into consideration when determining how many acres of sugar beets to plant next season.